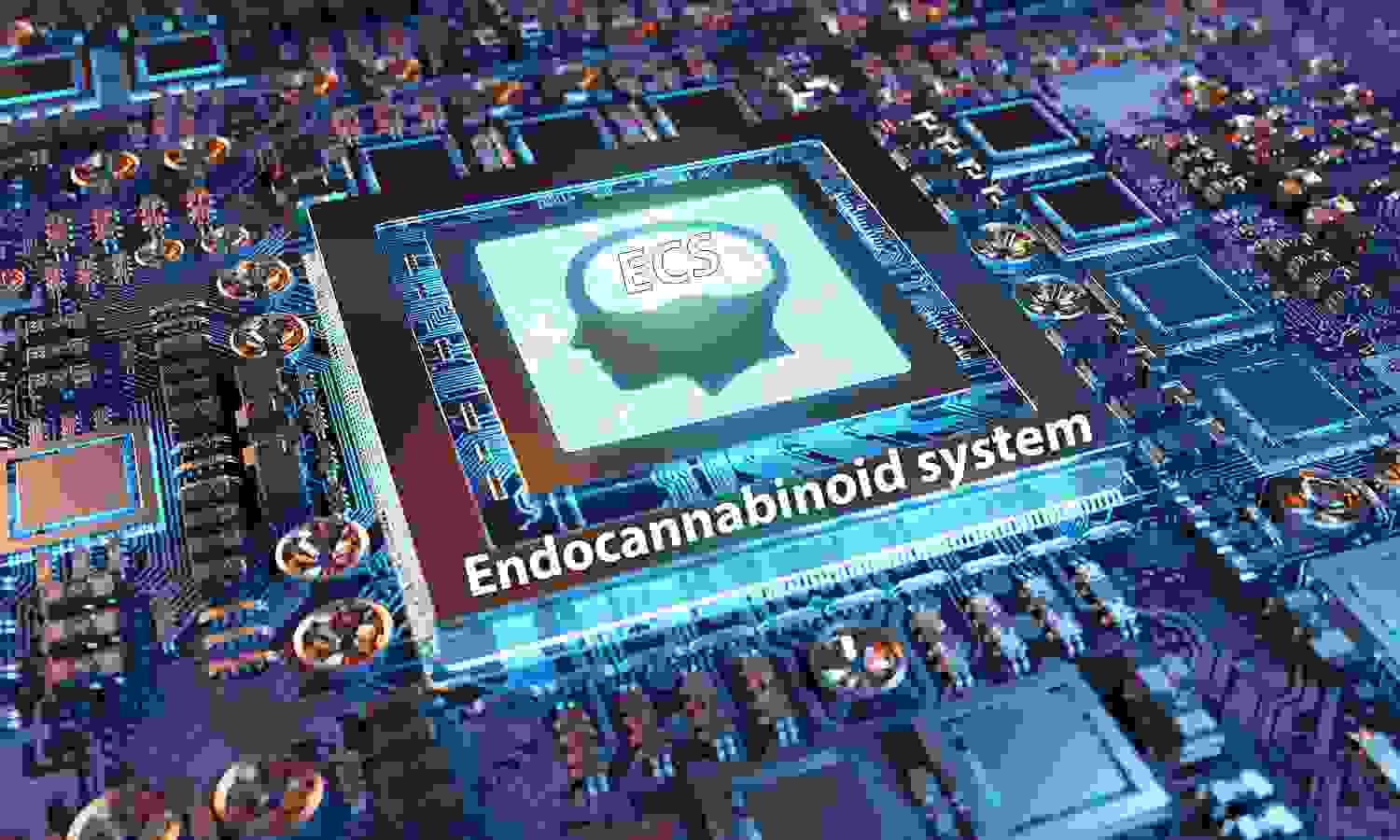 Welcome to ECS Training Alliance. We offer a number of different products and services. Take your time, look around, and learn all there is to know about us. We hope you enjoy the site and take a moment to subscribe to get exciting updates and site offers.

The goal of the ECS Training Alliance is to create a hub for education and inspiration. It is for those looking to better understand the ECS and the human bioenergetic field so they can work more effectively to address their own body needs. We look for different ways to support higher states of well being  and knowing that the ECS is the master regulatory system in the body, we focus our efforts there. We research different modalities that show efficacy and look for links that tie back into the ECS.

It is a consortium of professionals in their field that wish to share what they know. We create an area for individuals to network, gain information and explore alternatives for wellness. We take big science and create educational tools for a consumer market.

The ECS Training Alliance is dedicated to bringing experts together to share, teach, empower and inspire. We align with people that offer exciting views that can enhance our understanding of subtle energies, the bioenergetic field and the ECS. Our goal is to bring those insights to a wider audience as we work with and share our insights to a global audience.

We also offer personal transformation sessions, one on one education and training sessions, and group sessions. Have a look at our services area to find out more about our different programs and services.

ADDITIONALLY IF YOU HAVE COME TO THIS SITE LOOKING FOR THE FULL HEALY PROGRAM LIST PDF, YOU CAN FIND THAT ON THE PDF VIEWER PAGE

Health as a Vibration

In order to live a higher quality life, maintaining optimal wellness is key. Everything in the universe is energy and every cell in the body has a frequency. These frequencies can be influenced in both a positive and negative way.

Our thoughts and emotions directly affect our wellbeing. This can also affect the frequency within the body. It is important to subdue stress, reduce illness, and ensure positive moments in one's life and this is vital to protect physical, mental, and emotional health. We spotlight exciting ways to do this by sharing information on higher states of energy and frequency and then explaining how to bridge that into the physical body by components that form an intelligent network of communication.

To achieve optimal wellness, it is important to apply a proper mindset  towards all aspects of life. To work with these concepts on a fundamental level we want to address this from a quantum perspective. Quantum health already exists in all its potentiality. We must first tune in and focus on what we want. We get to choose to focus our attention on our intention.

Quantum wellness can be applied to all areas of life. Towards our environment, community, career, belief systems, physical activities, self care, healthy eating, self esteem, and creative activities. Applying concepts of wellness towards everyday life will allow one to achieve a more full potential to  live with passion and purpose.

What Is The Endocannabinoid System?

The body is designed with a dynamic network of cellular communication that is over 600 million years old. It is a living program of intelligence that has the ability to interface with the cells of the body in advanced ways. It is biodynamic and constantly shifts to adjust to the needs of the body.

This ancient system communicates with all the other body systems for the ultimate goal of homeostasis or perfect balance. The name of this dynamic system is the endocannabinoid system, also called the (ECS).

It was not until the late 1990s that scientists became aware of its existence, and since its discovery the ECS has led researchers on an incredible exploration into levels of cellular communication that have never been seen before!

The ECS is now understood to be a master regulatory system and works to bring all other body systems into balance. It has its hand in just about every body process and is capable of working dynamically to restore system imbalances, however when it is not functioning properly it is implicated in illness and disease states.

The ECS is a symptomatic body system that can alert one to system imbalances. When addressed early, these imbalances can serve as a roadmap to realign the body to higher states of health.

The ECS is a complex signaling system that supports the body in a multitude of different ways. It's therapeutic benefits are unprecedented when supported properly. For this reason we investigate different signaling pathways that offer holistic support. Such things as phytonutrients,  essential oils, superfoods, and bioenergetic frequencies. All of these things can play an important role in modulating and supporting the ECS.

Learn how to understand the ECS and the simple signals it sends to help the body maintain higher states of wellness.

Looking for a better way to learn and support your frequency business? We have a great spot for you to do just that!

Check out our books and educational materials

The ECS Training Alliance offers education and training information on the endocannabinoid system. We have a line of education and training tools for consumers that love adding essential oils to their daily health regimen. Some of these materials incorporate the use of dōTERRA brand products which have a strong synergy with the ECS. The Endocannabinoid System and its Messengers is a 50 page booklet that spotlights the therapeutic benefits of essential oils with the signaling potential of the ECS.

"The Endocannabinoid System and it's Messengers"  is an easy to follow informational booklet and contains supportive tools to be used in conjunction with dōTERRA essential oils. The informational training materials are evidence based and created through scientific peer reviewed publications. The booklet is published by AromaTools and can be found at AromaTools.com  or in Australia at AU.aromatools.com.au

We also offer digital books that can be downloaded to a mobile phone, tablet or laptop. The digital book is a wonderful resources that can be used as reference guide that can be taken anywhere. You can find our digital book on Amazon, Google Play, and Kindle. The book is titled The Body Systems and The Endocannabinoid System. Learn More

Are you looking for organic clean options to nutritional cannabinoids and terpenes? Click here to Find out more about essential oils

As always we suggest you speak to your doctor or health practitioner before moving forward with any health or wellness program. We offer information that is not intended to diagnose or treat any medical condition. It is strictly for educational purposes only.

In quantum physics the definition of quantum means the smallest indivisible measurable unit of something, usually energy. Quantum meaning the smallest unit -- the fundamental building block of the "stuff" that creates matter and builds the universe. In this quantum world things happen very differently to what we would expect. It is a field of energy that everything builds upon.

It is believed that the quantum world is influenced by human consciousness. What does that mean? Well, it basically means that the very fact that we are observing this quantum world  we are able to influence or modulate the outcome in some way. The trick in understanding this concept is to understand that the wave responds to the observer in the quantum world. The observer can pull to itself one future or another. The observer can pull an experience to itself  by the focus or the program/belief system running within one's consciousness.

There are many different probable outcomes that can materialize, and yet all possibilities can exist in the quantum world at once. What we draw to our awareness we do so by simply tuning in to that which we want to experience. This can be a conscious decision or an unconscious decision. The point is that we can tap into the fundamental fabric of all that is, and by simple observation and or participation, influence the way matter expresses in our world. Yes this is a big concept to grasp however it puts a lot of power into our hands. Everything moves into form from this field. It is nothing, and everything all at once.

In the quantum world we see concepts such as entanglement, superposition, and more....

When you get into the field and become aware of its existence, you understand that you can create your own reality. You attracted the actors to your film. From this point one is no longer the passive bystander, one is now the creator of the experience. For this reason it would be a very wise idea to learn how to work with quantum frequencies in a positive and supportive way. It is a beautiful way to get everything you ever wanted and all you have dreamed.

FIND OUT MORE ABOUT HEALY AND QUANTUM FREQUENCY THERAPY

I can't wait to empower you! Get your private consult today!